The next FEST will take place on Friday January 20 at 16:00 in KBG COSMOS. Prof. Dr. Henk Brinkhuis will give a talk about:

Ever since oil and gas exploration began in the Nordic seas, remains of the free-floating freshwater fern Azolla were occasionally identified in varying abundance in mid Eocene sediments. Typically, these were thought to have been sourced from nearby landmasses and further largely ignored.

Yet, in 2004, one of the discoveries of IODP Expedition 302 ‘ACEX’, drilling the central Arctic Ocean, included the finding of mass-occurrences of Azolla remains. Conspicuously however, the timing of, and notably the end of this Azolla phase (~49.5-48.5 Myrs) coincides with the earliest signs of the onset of the transition from the Early Eocene Hothouse (end of EECO) towards the modern icehouse Earth. Over the past decades, in varying composition, and in various ways the Azolla team has explored if sustained growth of Azolla on the surface of major anoxic oceanic basins may have contributed to decreasing atmospheric pCO2 levels levels through enhanced burial of Azolla-derived organic matter. An update. 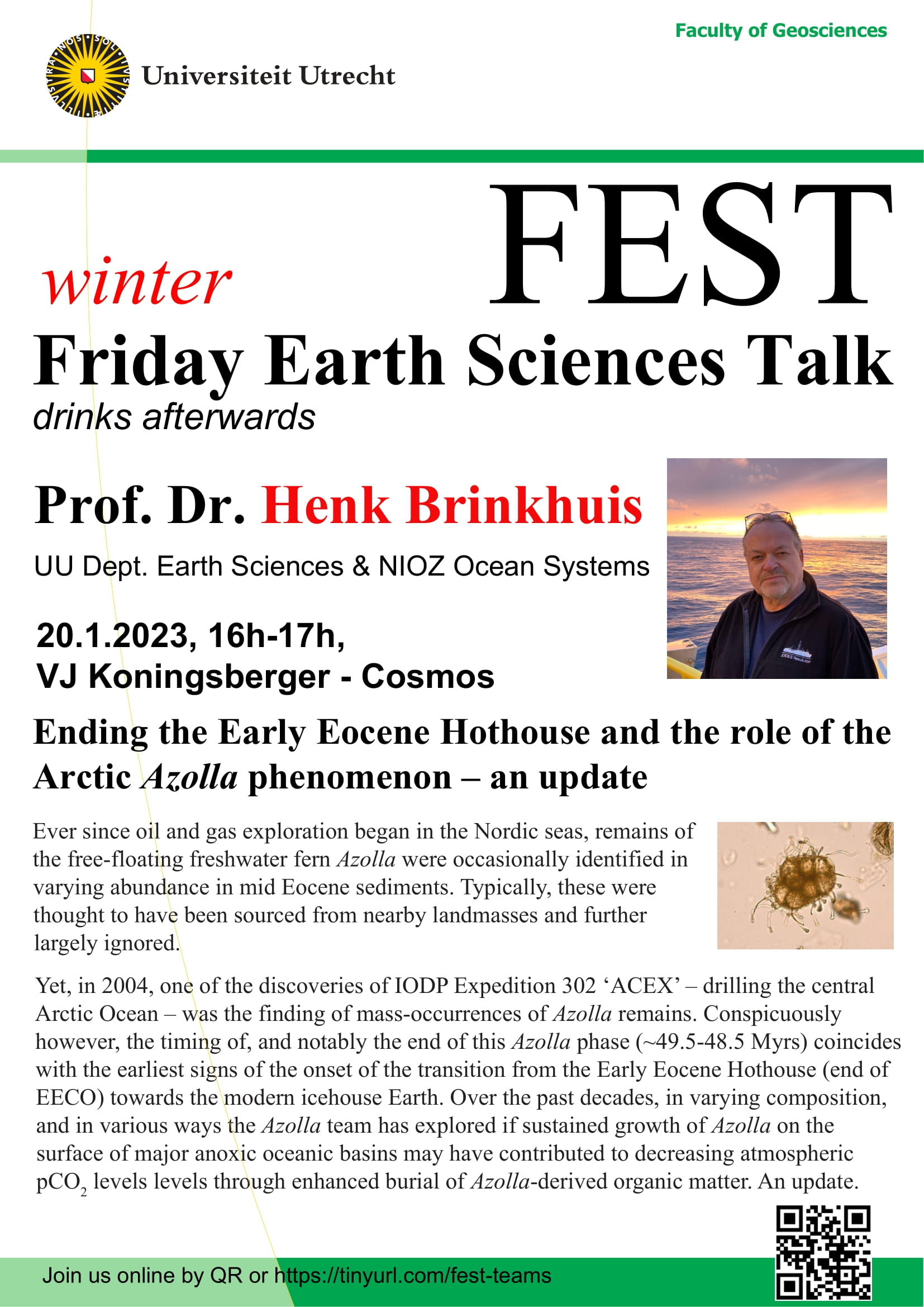