Thursday december the 1st Mathijs Boom will give a lecture about Fluvial Timescales: Imagining Earth’s History in the 18th-century Dutch Rhineland. A small talk will also be held by Maarten Kleinhans. The lecture will be held 17.15-18.15 in KBG-ATLAS. You can use this talk for your master portfolio and you will also earn a SAC point!

In this talk, Mathijs Boom will discuss how the geography of the Rhineland, Dutch politics, and the intellectual and religious culture shaped the 18th-century imagination of Earth’s history. The Rhineland’s landscape evoked timescales different from the deep time shapes today’s geological view of the Earth. In the Dutch Republic, hydraulic engineers, surveyors, philosophers, historians, and antiquaries tried to reconstruct the history of the Rhine delta in which they lived—a landscape thoroughly engineered by humans but also vulnerable to occasional flooding. To foresee and prevent future inundations, they studied past changes in the delta, drawing on written records as well as material evidence. They established fluvial timescales that were entangled with the human history of the Rhineland, but that could also be stretched further back in time and, in some cases, scaled up to explain global phenomena. By situating knowledge in its time and place, this talk asks what it meant to know the history of the Earth in the 18th century and why people were interested in such knowledge in the first place—questions that are as important to understand the past as they are to understand our present.

The 78th board of the Utrecht Earth Sciences Association 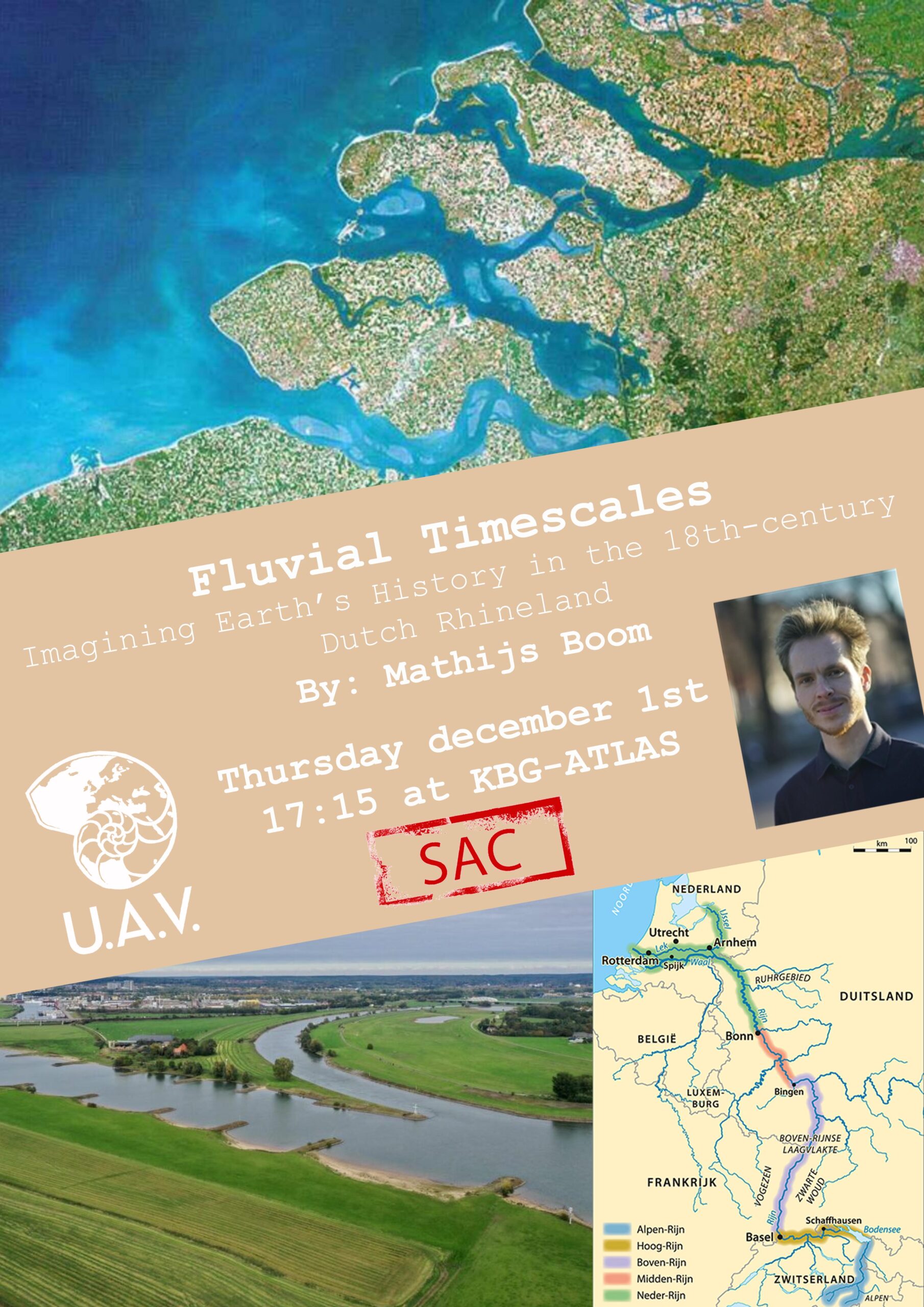