Coming Wednesday the 26th Frits Hilgen will give a lecture about Precambrian Milankovitch: The Earth-Moon distance and Earth’s oxygenation. This research is done by both Margriet Lantink and Frits Hilgen. The lecture will be held 17.15-18.15 in KBG-ATLAS. You can use this talk for your master portfolio and you will also earn a SAC point!

The Milankovitch Theory of Climate Change states that variations in insolation resulting from changes in Earth’s orbit and inclination axis exert a dominant control on the climate of our planet. These climate changes are excellent recorded in the sedimentary rock archive of our planet. Study of this archive showed that the astronomical variations are not only responsible for the great Ice Ages of the Quaternary and Carboniferous, but also for Cretaceous Black Shales and Neogene Sapropels, and for the prominent hyperthermals of the Eocene. In addition, the cyclic climate changes in these records have been correlated to astronomical target curves to construct much improved time scales with a much higher resolution.

However, until recently, not much was known about Milankovitch (astronomical) climate forcing during the Precambrian or first ~75% of the history of our planet when Earth’s System was behaving in a fundamentally different way. During this talk I will mainly present the outcome of the PhD study of Margriet Lantink of Milankovitch cycles in 2.5 billion year old Banded Iron Formations. I will focus in particular on the reconstruction of the Earth-Moon distance and Length of Day, and redox cyclicity in the ocean which may have cyclically produced oxygen just before the Great Oxidation Event at 2.4 Ga.

The 78th board of the Utrecht Earth Sciences Association. 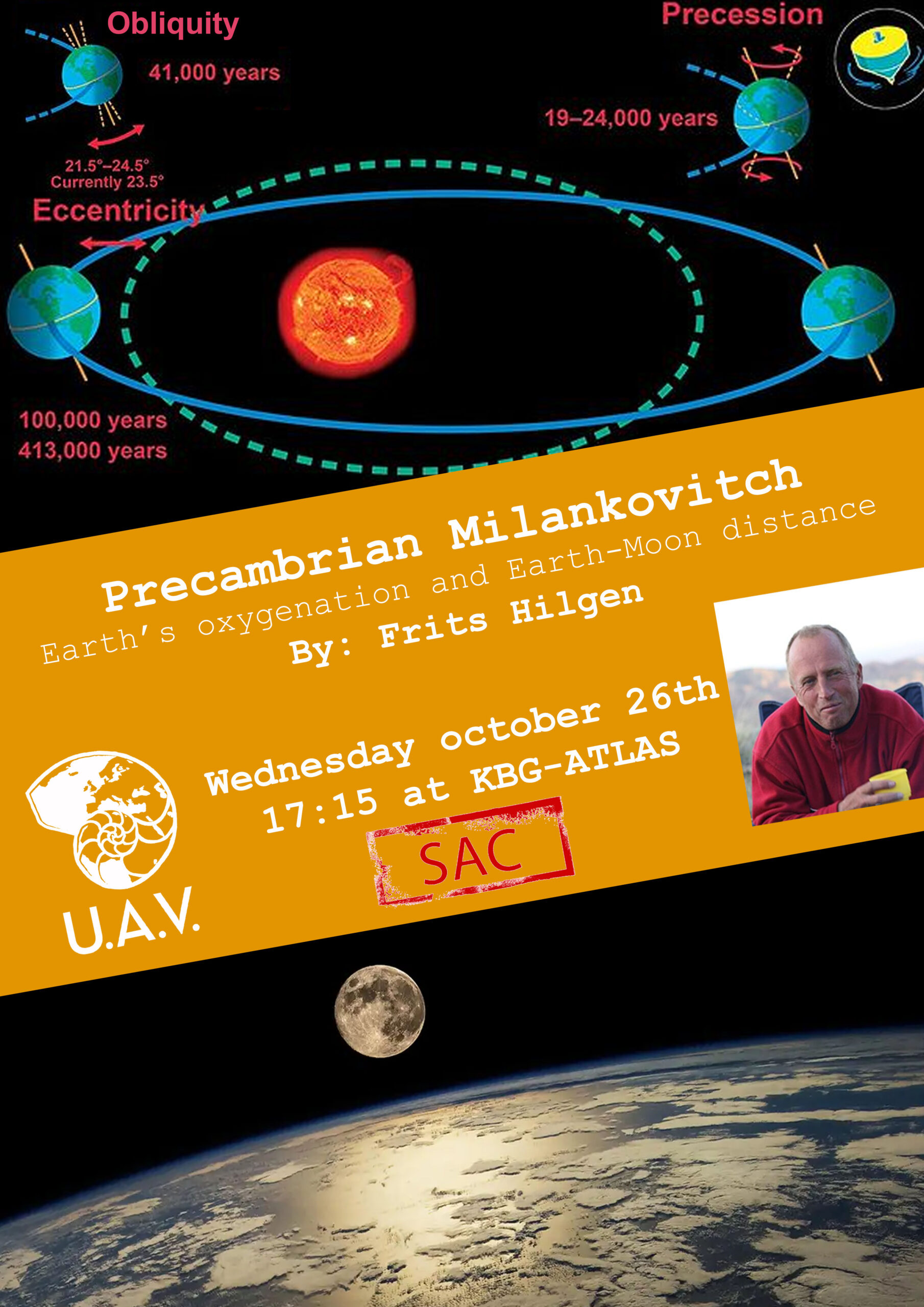